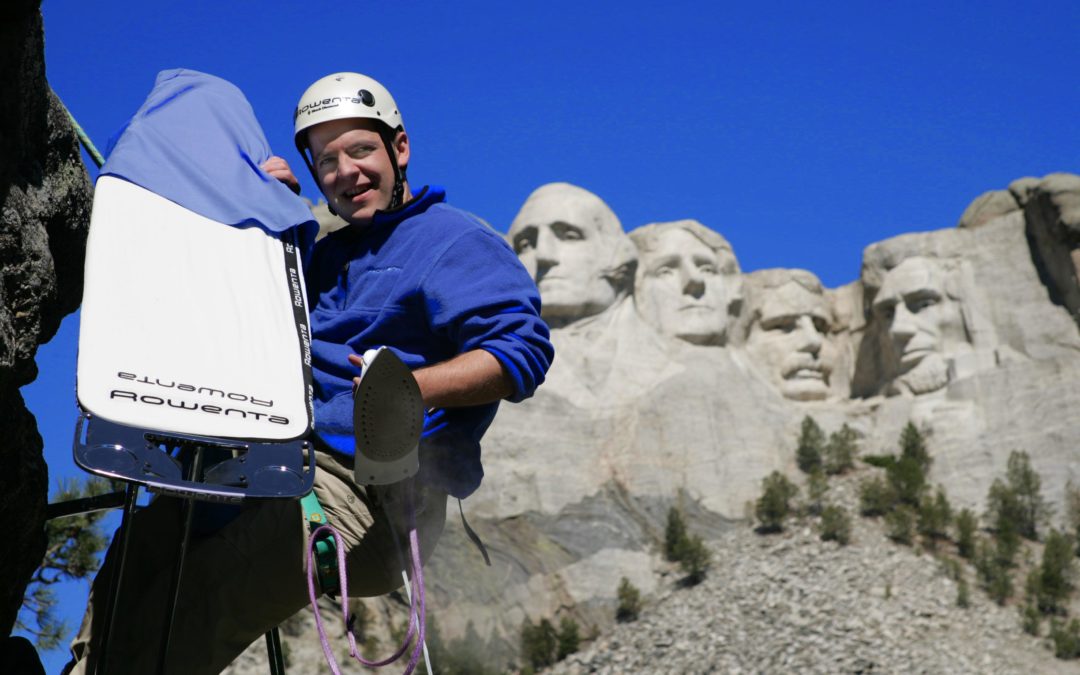 Over two decades  HUTC has been covering and celebrating unusual sports, traditions, festivals and competitions. We are frequently asked what is the most peculiar of all.

There are certainly many candidates but just one outright winner and that is Extreme Ironing. This bizarre activity was to take us on a surreal journey over several years and over a decade after it’s emergence, it is something that intrigues people who ponder whether it was fact or fiction.

The ‘sport’ was devised by Phil Shaw and it combines extreme sports like rock climbing, riding bikes with the mundane domestic chore of ironing.

‘Steam’, as he is known, came home one day from his day job to a pile of ironing.  Being a keen rock climber he found the rumpled clothes less than a challenge, so decided to inject a bit of risk into this mundane chore.

One small step for Phil, one giant leap for ironing. Steam recruited others and the first tentative steps were taken towards the formation of a new sport. In 2002 it had it’s first and as it turned out, the only World Extreme Ironing Championships just outside Munich in Germany. To say there was a media scrum would be an understatement and soon news of the event spread across the globe. It was only fitting that the title was won by Steam and his GB teammates who fortunately we had been following. 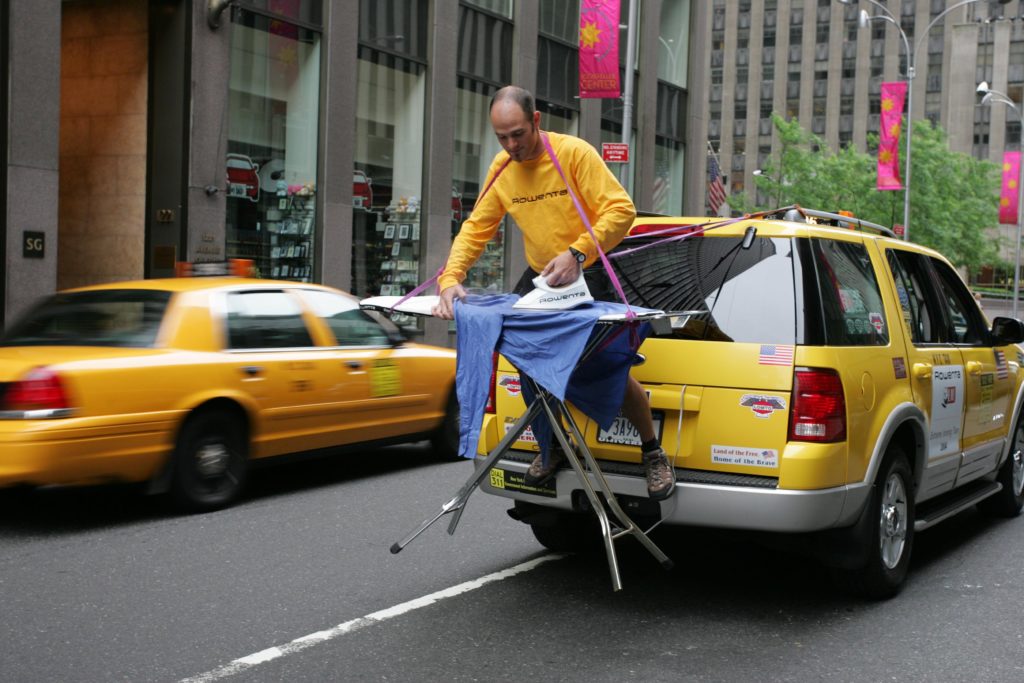 As it turned out, this was just the start of our long journey with Extreme Ironing. There are many highlights, not least the US Extreme Ironing Tour which was great fun organised by a team from Iron manufacturer Rowenta.  From a Boston Duck Tour to a Satellite Broadcast into Breakfast shows all across the East Coast of the US, it culminated in Times Square  with an appearance on Good Morning America!

Largely due to a photographic competition run by Phil’s team ‘The Extreme Ironing Board’ of course on his website (this was pre- social media), the sport quickly gained near cult status.

Since then, Extreme Ironing has since disappeared but there is a lingering sense of whether it as myth or reality and perhaps this is why it has never completely gone away,  as this recent story from LadBible demonstrates.