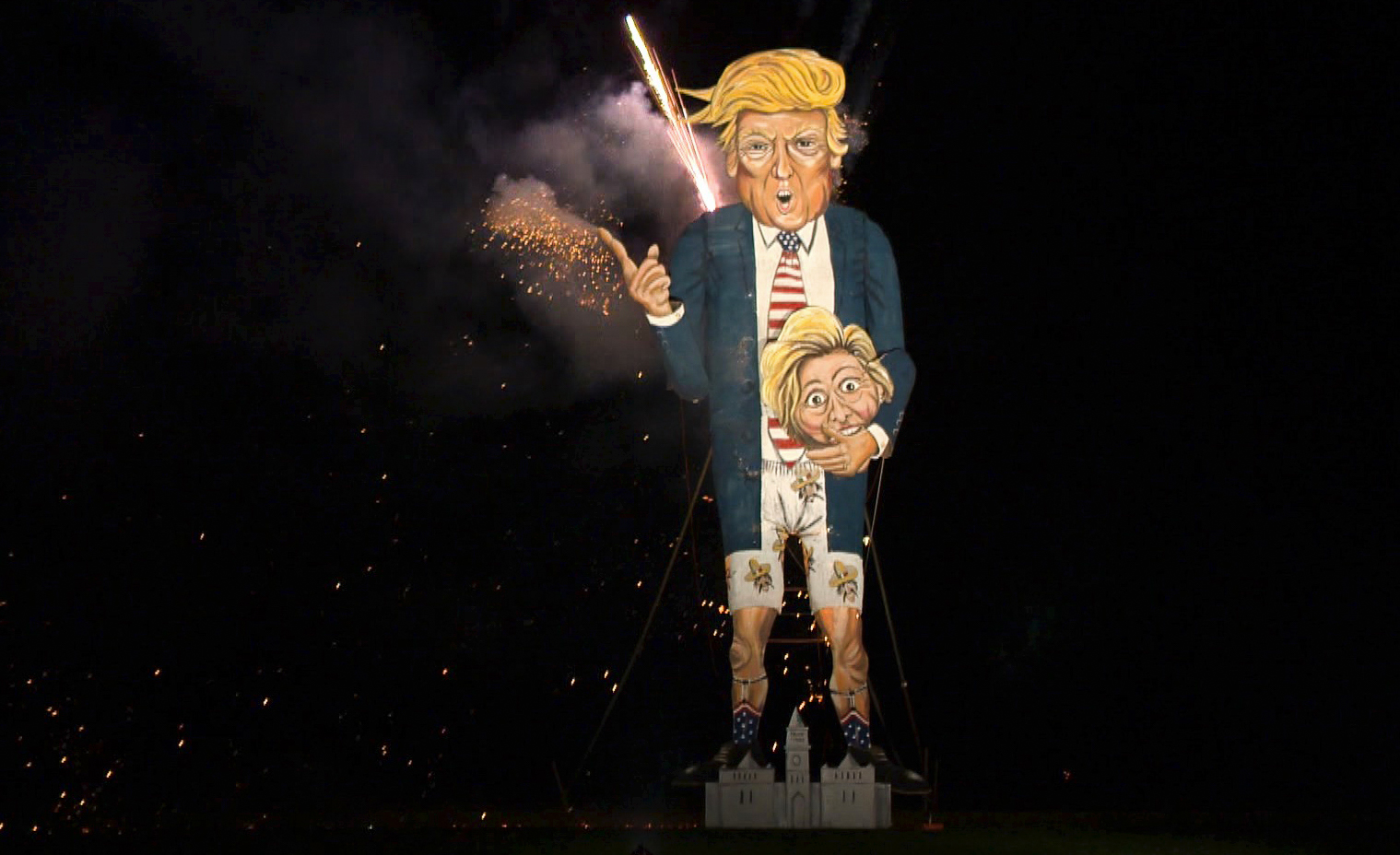 England’s Guy Fawkes Night took an American twist with the burning of a giant Donald Trump effigy in Edenbridge just days before the US voted for America’s 45th President in November 2016. Little did the crowd know that in a few days time, news of Donald John Trump’s success for this highest office would rock world politics.

Hot under the Collar Productions ©2021