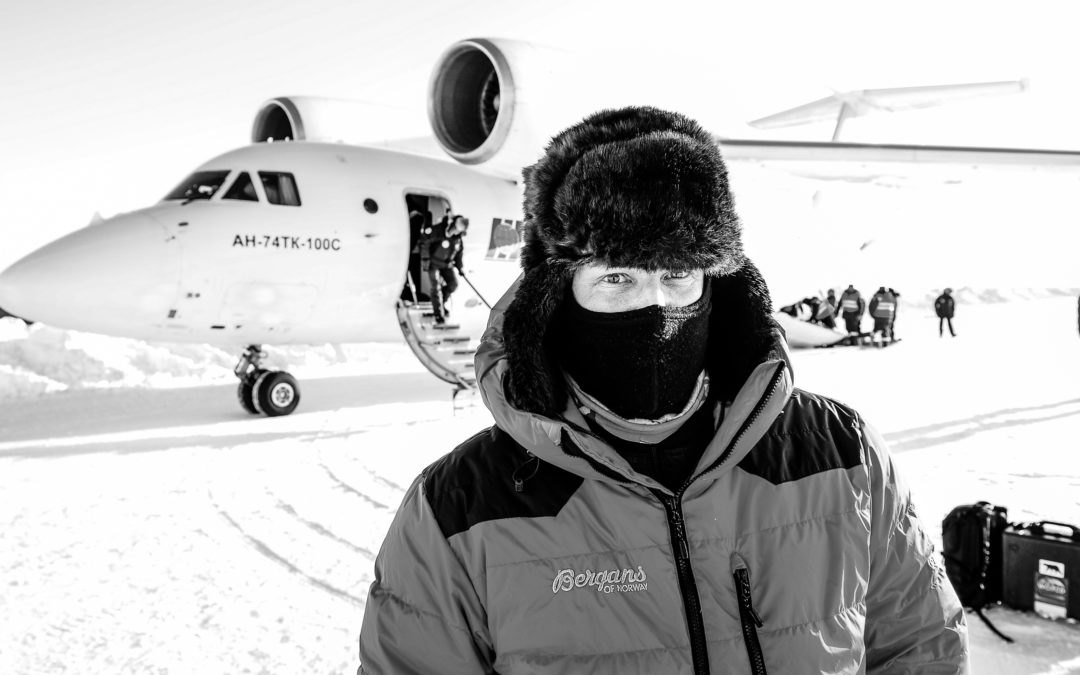 The two-hour flight from Spitsbergen is pretty uncomfortable as the Antonov plane that is used does not have many luxuries. These planes were built for Arctic work; they mainly shift goods around rather than athletes and members of the press.

The marathon operates from a drifting Russian camp base at the Geographic North Pole –it is the only race in the World that is run on the waters of the frozen Arctic Sea ice.

Camp Barneo, otherwise known as the North Pole Camp is located approximately 49 kilometres from the top of the world. As I looked at my GPS watch I can quite clearly see that we were drifting about in the Arctic Ocean – northerly winds push the floating camp towards the southeast at up to 0.5mph – a little bit scary if you sit down and think about it. 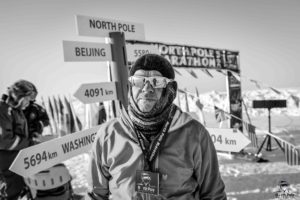 Richard Donovan, the race organiser and all-round top geezer, marks the marathon course out around the camp.  This is for safety reasons; well you wouldn’t want to get lost out here that’s for sure.

The runners this year had to complete 10 laps but they were able to retreat into a refreshment tent every lap to regain body warmth and hydrate themselves with hot drinks and snacks. Everybody needs to protect their skin against the harsh conditions. Our clothing included a full faced balaclava, goggles, gloves and mittens, long johns and several layers of thermal clothing under a ‘shell’.

This year, 60 athletes from over 20 Nations took part; China had a significant entry with 13 athletes vying for glory.  The race started at 10:35 Sunday evening (15th April) with a temperature of ¯30° degrees Celsius. That time of year there is 24 hours of daylight, so it was a bright sunny outlook throughout the race.

Aside from the cold, competitors had to negotiate the energy-sapping soft snow and small ice pressure ridges to complete the race. Conditions were very tough underfoot, in places many had to slow their pace to avoid slipping and injury. As the race progressed temperatures dipped further to ¯33° degrees Celsius 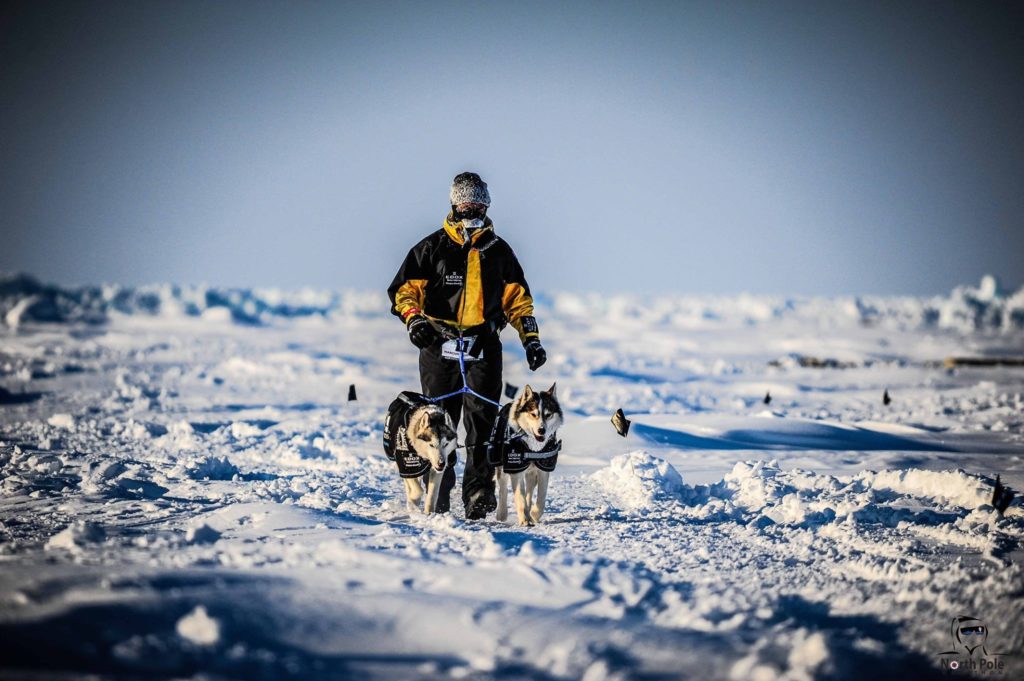 I was thrilled for my Aussie chum Marcus Fillinger who ran the race with two husky dogs called “Blue and Duro” as they now enter the record books becoming the World’s first dogs to complete the North Pole Marathon.