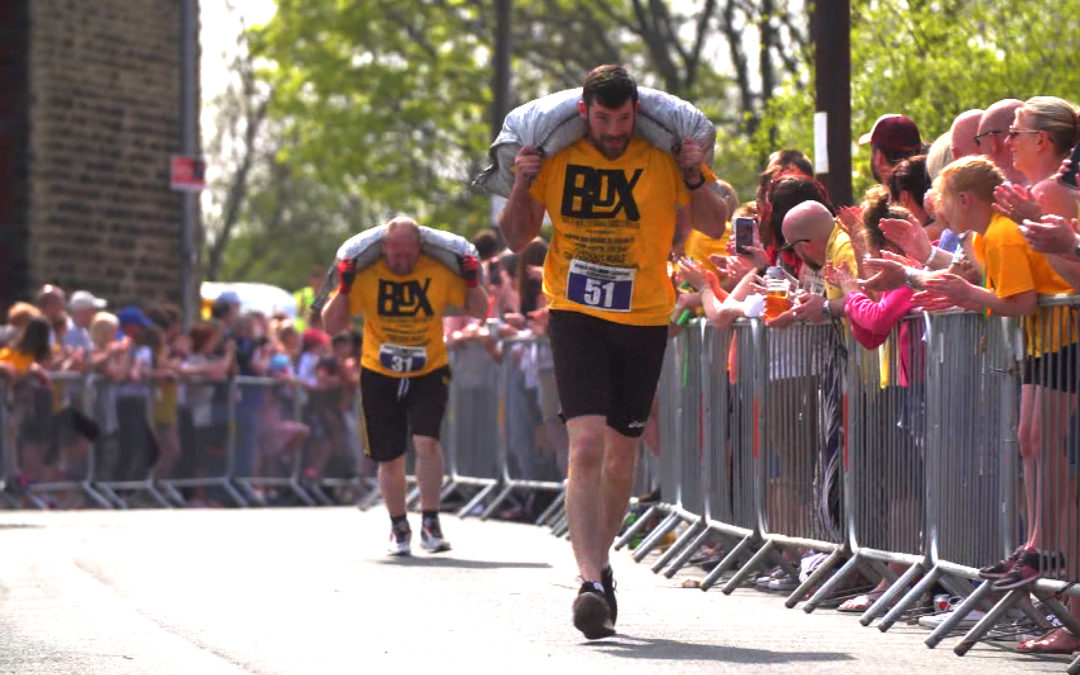 A busy Easter for us this year – one of the events that we covered was the rather wonderful World Coal Carrying Championships in Yorkshire. You have to love these guys don’t you? 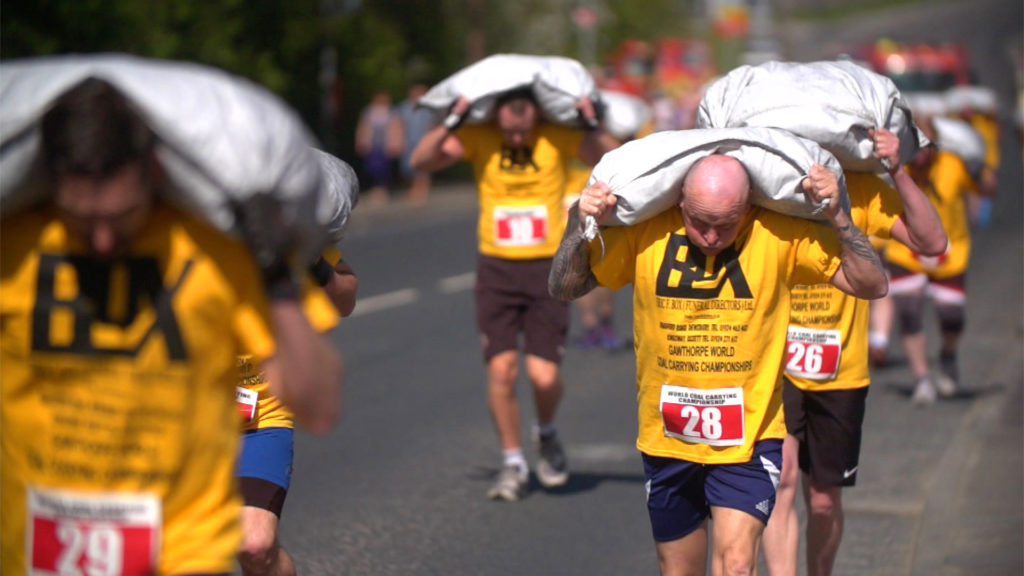 Like so many of Britain’s quirky contests, this one was forged in the pub as a test of fitness and machismo.

Today people travel from all over the country and further afield, to race the three quarters of a mile uphill course. Men carry a 50kg sack of coal and women a 20kg sack.

It was one of the hottest days of the year so far in the UK, which made for sweltering race conditions. At stake for the King and Queen of the ‘Coal Humpers’ was a modest cash prize for the winners)

Athletes of all shapes and sizes gathered outside the starting point at the Royal Oak pub to tackle the 1,100-metre up-hill course.

Men aged over 40 took part in the men’s veterans race, followed by a women’s race and then the men’s main races, with the best time being taken across the three men’s races. 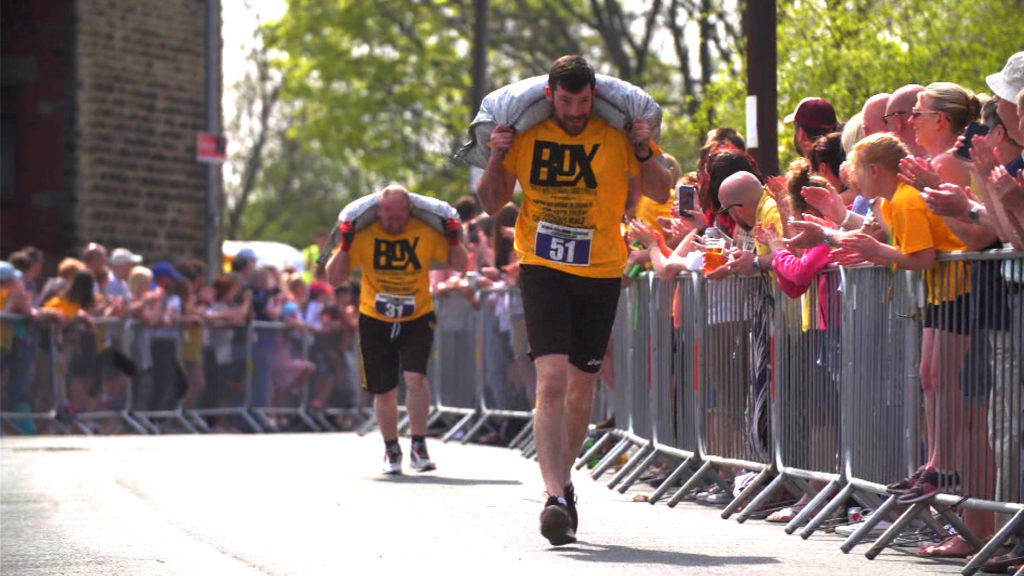 Some of the men had clearly done more training than others, but all were enthusiastic about the challenge ahead.

In the women’s event, (there were two races) Jennie Muster won the title with a time of 4 minutes 42 seconds. The women ran the same course as the men, but carrying a considerably lighter 20kg bag of coal.

There were three races in the men’s main division – Top honours went to Durham farmer Andrew Corrigan whose time was 4 minutes and 23 seconds. Despite his victory Andrew rushed off straight after the race missing the presentation, but his wife just had a baby so family commitments came first!

If you’ve a fondness for the unusual, check out and follow our Blog, there is something for everyone!